An Independent Bookshop for the Passionate Reader

It seems as if retail operations such as ours are permitted to continue during this time. We will continue to process on-line orders and answer phones during the aforementioned hours. You can pay through our website order form OR you may pay at the door using a credit or debit card. Please avoid paying with cash if at all possible.

You can be assured that we will get books to you one way or the other while still adhering to the letter and the spirit of the Provincial mandate.

Thanks to all of you for supporting us throughout this tumultuous year and especially at Christmas. We set new heights for Christmas sales thanks to your determination to shop locally. I want to iterate that Perfect Books is in great shape and we will withstand these temporary obstacles and bounce back as healthy as ever when this clouds passes. We’re going to be here to serve this community for many, many years to come. 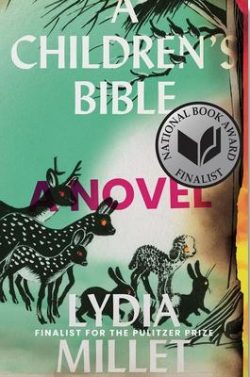 Contemptuous of their parents, who pass their days in a stupor of liquor, drugs, and sex, the children feel neglected and suffocated at the same time. When a destructive storm descends on the summer estate, the group’s ringleaders—including Eve, who narrates the story—decide to run away, leading the younger ones on a dangerous foray into the apocalyptic chaos outside.

As the scenes of devastation begin to mimic events in the dog-eared picture Bible carried around by her beloved little brother, Eve devotes herself to keeping him safe from harm.

A Children’s Bible is a prophetic, heartbreaking story of generational divide—and a haunting vision of what awaits us on the far side of Revelation. 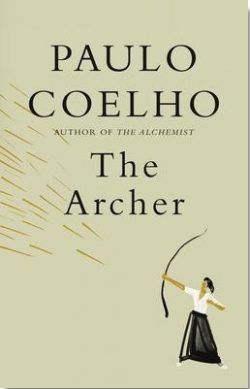 From the #1 best-selling author of The Alchemist comes an inspiring story about a young man seeking wisdom from an elder, and the practical lessons imparted along the way. Includes stunning illustrations by Christoph Niemann.

“A novelist who writes in a universal language.” —The New York Times

In The Archer we meet Tetsuya, a man once famous for his prodigious gift with a bow and arrow but who has since retired from public life, and the boy who comes searching for him. The boy has many questions, and in answering them Tetsuya illustrates the way of the bow and the tenets of a meaningful life. Paulo Coelho’s story suggests that living without a connection between action and soul cannot fulfill, that a life constricted by fear of rejection or failure is not a life worth living. Instead one must take risks, build courage, and embrace the unexpected journey fate has to offer.

With the wisdom, generosity, simplicity, and grace that have made him an international best seller, Paulo Coelho provides the framework for a rewarding life: hard work, passion, purpose, thoughtfulness, the willingness to fail, and the urge to make a difference. 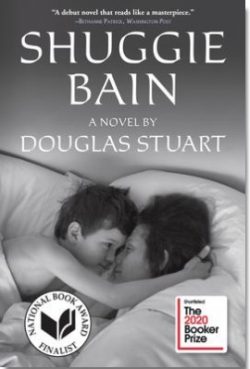 Winner of the 2020 Man Booker Prize

Shuggie Bain is the unforgettable story of young Hugh “Shuggie” Bain, a sweet and lonely boy who spends his 1980s childhood in run-down public housing in Glasgow, Scotland. Thatcher’s policies have put husbands and sons out of work, and the city’s notorious drugs epidemic is waiting in the wings.

Shuggie’s mother Agnes walks a wayward path: she is Shuggie’s guiding light but a burden for him and his siblings. She dreams of a house with its own front door while she flicks through the pages of the Freemans catalogue, ordering a little happiness on credit, anything to brighten up her grey life. Married to a philandering taxi-driver husband, Agnes keeps her pride by looking good—her beehive, make-up, and pearly-white false teeth offer a glamorous image of a Glaswegian Elizabeth Taylor. But under the surface, Agnes finds increasing solace in drink, and she drains away the lion’s share of each week’s benefits—all the family has to live on—on cans of extra-strong lager hidden in handbags and poured into tea mugs. Agnes’s older children find their own ways to get a safe distance from their mother, abandoning Shuggie to care for her as she swings between alcoholic binges and sobriety. Shuggie is meanwhile struggling to somehow become the normal boy he desperately longs to be, but everyone has realized that he is “no right,” a boy with a secret that all but him can see. Agnes is supportive of her son, but her addiction has the power to eclipse everyone close to her—even her beloved Shuggie.

A heartbreaking story of addiction, sexuality, and love,Shuggie Bain is an epic portrayal of a working-class family that is rarely seen in fiction. Recalling the work of Ã‰douard Louis, Alan Hollinghurst, Frank McCourt, and Hanya Yanagihara, it is a blistering debut by a brilliant novelist who has a powerful and important story to tell. 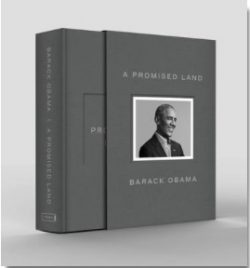 A Promised Land (Signed and Slipcased)

This is a unique opportunity for a discriminating reader to acquire a treasure. This is a very limited edition of Barack Obama’s memoir, signed and attractively bound and slipcased.

Perfect Books has been able to source only 3 copies.

We continue to have stock of the hardback edition at $55.00

In the stirring, highly anticipated first volume of his presidential memoirs, Barack Obama tells the story of his improbable odyssey from young man searching for his identity to leader of the free world, describing in strikingly personal detail both his political education and the landmark moments of the first term of his historic presidency—a time of dramatic transformation and turmoil.

Obama takes readers on a compelling journey from his earliest political aspirations to the pivotal Iowa caucus victory that demonstrated the power of grassroots activism to the watershed night of November 4, 2008, when he was elected 44th president of the United States, becoming the first African American to hold the nation’s highest office.

Reflecting on the presidency, he offers a unique and thoughtful exploration of both the awesome reach and the limits of presidential power, as well as singular insights into the dynamics of U.S. partisan politics and international diplomacy. Obama brings readers inside the Oval Office and the White House Situation Room, and to Moscow, Cairo, Beijing, and points beyond. We are privy to his thoughts as he assembles his cabinet, wrestles with a global financial crisis, takes the measure of Vladimir Putin, overcomes seemingly insurmountable odds to secure passage of the Affordable Care Act, clashes with generals about U.S. strategy in Afghanistan, tackles Wall Street reform, responds to the devastating Deepwater Horizon blowout, and authorizes Operation Neptune’s Spear, which leads to the death of Osama bin Laden.

A Promised Land is extraordinarily intimate and introspective—the story of one man’s bet with history, the faith of a community organizer tested on the world stage. Obama is candid about the balancing act of running for office as a Black American, bearing the expectations of a generation buoyed by messages of “hope and change,” and meeting the moral challenges of high-stakes decision-making. He is frank about the forces that opposed him at home and abroad, open about how living in the White House affected his wife and daughters, and unafraid to reveal self-doubt and disappointment. Yet he never wavers from his belief that inside the great, ongoing American experiment, progress is always possible.

This beautifully written and powerful book captures Barack Obama’s conviction that democracy is not a gift from on high but something founded on empathy and common understanding and built together, day by day. 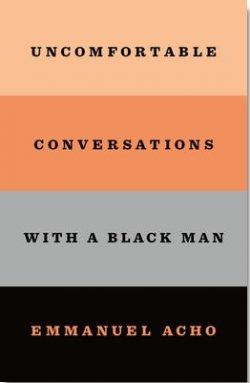 Uncomfortable Conversations with a Black Man

An urgent primer on race and racism, from the host of the viral hit video series
“Uncomfortable Conversations with a Black Man”

“You cannot fix a problem you do not know you have.” So begins Emmanuel Acho in his essential guide to the truths Americans need to know to address the systemic racism that has recently electrified protests in all fifty states. “There is a fix,” Acho says. “But in order to access it, we’re going to have to have some uncomfortable conversations.”

In Uncomfortable Conversations With a Black Man, Acho takes on all the questions, large and small, insensitive and taboo, many white Americans are afraid to ask—yet which all Americans need the answers to, now more than ever. With the same open-hearted generosity that has made his video series a phenomenon, Acho explains the vital core of such fraught concepts as white privilege, cultural appropriation, and “reverse racism.” In his own words, he provides a space of compassion and understanding in a discussion that can lack both. He asks only for the reader’s curiosity—but along the way, he will galvanize all of us to join the antiracist fight. 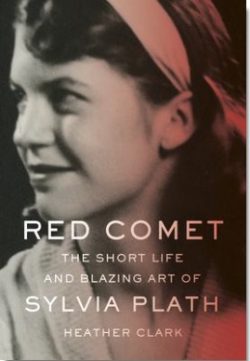 The highly anticipated new biography of Sylvia Plath that focuses on her remarkable literary and intellectual achievements, while restoring the woman behind the long-held myths about her life and art.

With a wealth of never-before-accessed materials–including unpublished letters and manuscripts; court, police, and psychiatric records; and new interviews–Heather Clark brings to life the brilliant daughter of Wellesley, Massachusetts who had poetic ambition from a very young age and was an accomplished, published writer of poems and stories even before she became a star English student at Smith College in the early 1950s.

Determined not to read Plath’s work as if her every act, from childhood on, was a harbinger of her tragic fate, Clark evokes a culture in transition, in the shadow of the atom bomb and the Holocaust, as she explores Plath’s world: her early relationships and determination not to become a conventional woman and wife; her conflicted ties to her well-meaning, widowed mother; her troubles at the hands of an unenlightened mental-health industry; her Cambridge years and thunderclap meeting with Ted Hughes, a marriage of true minds that would change the course of poetry in English; and much more.

Clark’s clear-eyed portraits of Hughes, his lover Assia Wevill, and other demonized players in the arena of Plath’s suicide promotes a deeper understanding of her final days, with their outpouring of first-rate poems. Along with illuminating readings of the poems themselves, Clark’s meticulous, compassionate research brings us closer than ever to the spirited woman and visionary artist who blazed a trail that still lights the way for women poets the world over.

View thousands of titles by author, genre or topic. You can place an order and then pick it up in the store. We can arrange delivery or shipping as well.

Keep up-to-date with the latest happenings.

Don't worry, we'll only email you 4 times a year, and you can unsubscribe at any time.